Why is there a Chip Shortage?

In order to understand the reasons for the global chip shortage, we first understand what a chip is and how much impact this undersized object has on our lives.

What is a chip?

Chip is a general term for semiconductor component products, essentially a silicon chip containing an integrated circuit, also known as microcircuit, microchip, and integrated circuit. Through some special processes, people connect the transistors, resistors, capacitors, and other components and wiring required in a circuit in series, install them on a semiconductor chip and finally package them so that a small chip has all the circuit functions. Electronic chips are the core devices that are installed on all the electronic devices we know (mobile phones, computers, electronic watches, etc.). 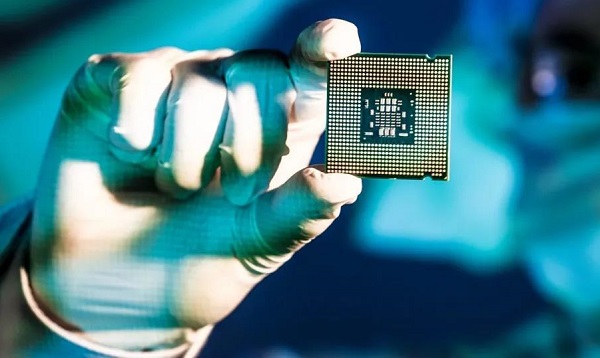 The history of chips

The invention of the transistor:

The father of transistors William Shockley invented the junction transistor in 1948, which provided stable support for the use of electronic computers. The invention of the transistor is very important, and its long life and reliability make it the best choice for early chips.

After inventing the transistor, Shockley left Bell Labs and set up a semiconductor laboratory himself, located in the Santa Clara Valley in the San Francisco Bay Area of California, which is also known as the "Silicon Valley". He attracted eight outstanding start-ups, who have an irreplaceable position in the history of electronic chips. In 1957, they submitted their resignation to the mismanagement of Shockley. Under the investment of Fairchild Camera and Instrument Company, they founded Fairchild Semiconductor. Fairchild Semiconductor uses advanced technology and excellent management to develop rapidly and quickly achieved good returns.

The invention of the integrated circuit:

In 1938, Texas Instruments engineer Jack Kilby was inspired by the complaints made by female factory workers who were constantly soldering transistors. He chose to solder the components used in the production of transistors to a bottom chip together, thus creating the first baht integrated circuit. At the same time, Robert Noyce of Fairchild Semiconductor also had a similar inspiration. He created silicon integrated circuits using technologies such as plane photography. His invention is more conducive to production, so it is more favored by other companies than Baht integrated circuits.

The birth of Silicon Valley:

With the invention of silicon integrated circuits, Fairchild has a rapid development process. In 1966, it has become the world's second-largest semiconductor company, second only to Texas Instruments. 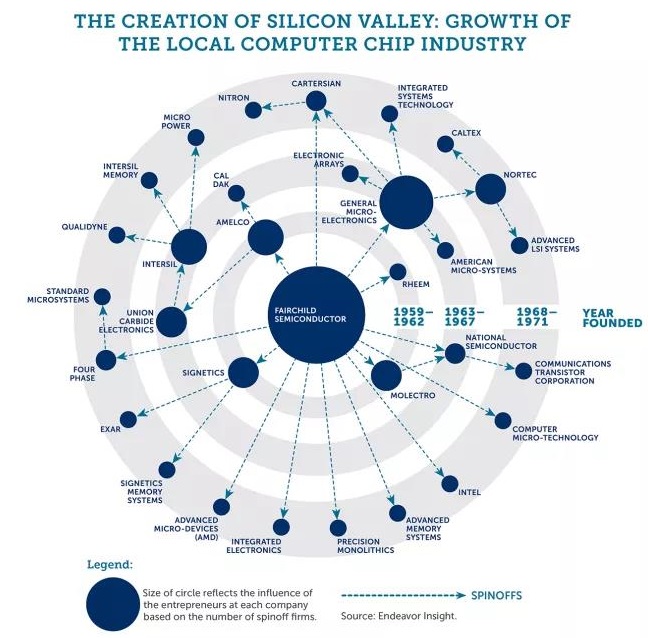 In the 1960s, due to the conflict with the parent company's profit distribution, Fairchild Corporation triggered another wave of resignations. Employees and founders left Fairchild one after another to set up new companies. Intel, Advanced Micro Devices (AMD), etc. were all founded by the core cadres who left Fairchild. These new companies are like dandelion seeds, scattered in every corner of Santa Clara, spreading the spirit of technological innovation. Since most of these companies are related to the semiconductor industry, Santa Clara is also named after the main raw material of integrated circuits, "silicon", and Silicon Valley comes from this.

Analysis of the causes of chip shortage

After understanding the function and history of IC chips, you may have a question. Now that electronic chips have such a wide range of applications, there should be many factories producing and inventing them, right? Why has this chip shortage suddenly occurred? To understand the reasons, we must first understand the supply chain of electronic chips. 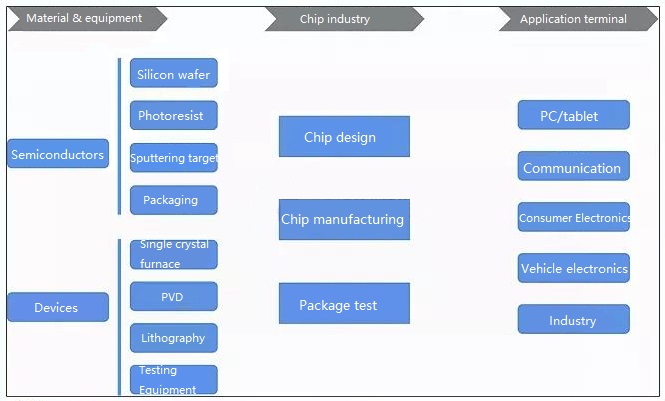 We can divide the industry chain into three parts: the upstream is semiconductor raw materials and equipment; the midstream is the chip industry, the core chip design, manufacturing, packaging, and testing belong to this part of the industry chain; the downstream is the application port. That is the development of electronic equipment such as automobiles and electronic products, etc. This is also the part we are most familiar with.

Next, we will analyze the reasons for the chip shortage from the perspective of the chip industry chain.

1) The price of upstream raw materials is rising, and the supply of equipment is insufficient

The arrival of the epidemic has started the era of home office work for residents around the world. Computers and other electronic equipment with electronic cameras have ushered in a huge increase in sales during the epidemic. People want better office equipment. At the same time, they also want to relieve the boredom of their homes through electronic devices such as game consoles. In the last quarter of 2020, computer sales increased by about 26% compared to previous years.

In addition, the Sino-US trade war has also prompted companies such as Huawei to start hoarding a large number of chips, which has increased the demand for chips. At the beginning of the epidemic, many auto industries mistakenly predicted that their sales would drop significantly due to the epidemic, so they reduced their purchases of chips. But people did not go as expected. The result is that the auto industry’s reserves of chips are very insufficient, which intensifies the shortage of chips and the demand for chips. 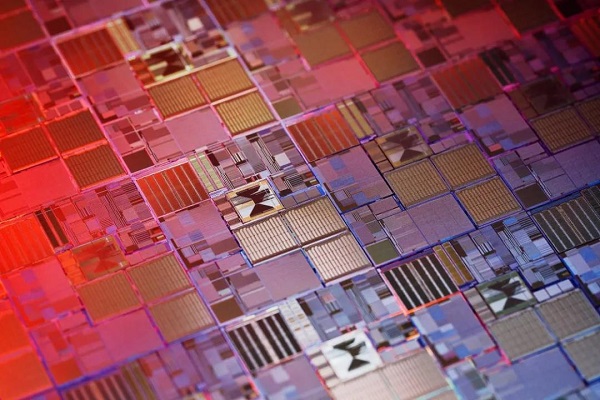 Utmel Electronic has a huge stock of chips and other semiconductors. Welcome RFQ.

The impact and solution of chip shortage

Many international industries such as automobiles, video card manufacturing, and electronic products have been affected.

Although it is difficult for us to find a solution to the shortage of chips in a short period of time, some people have also proposed that innovative packaging modes can be developed. Using multiple small chips with different functions and capable of template assembly to achieve standardized chip production, so that manufacturers can focus on the production of fixed small chips, reducing the pressure of chip production. This method is an idea to solve the shortage of chips, but it is also very difficult to implement. It needs to solve many problems such as defining the functions of small chips.

The future of chips

The development of the integrated circuit and semiconductor industries has brought a remarkable impact on our technological innovation. The 10nm, 7nm, and 5nm chips we are using now seem to be the limit of integrated circuit design.

We can’t help imagine that in the future, where will the semiconductor industry develop? We seem to be able to find the answer in quantum information technology, and new types of quantum chips have also been developed. Compared with integrated circuits, the computing power of quantum chips can increase exponentially, which is a huge breakthrough. I believe that in the near future, we can see the further development of more advanced electronic technology and semiconductors.

What is Variable Frequency Driver(VFD)?
What is fluorescent lamp?